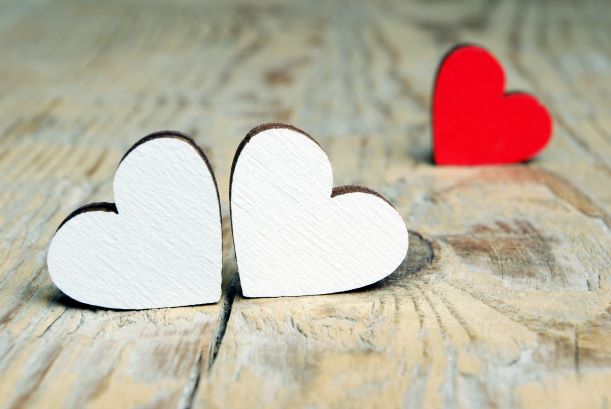 Heartbreak feels a lot like a heart attack, I discover. Shortness of breath. Tightness in the chest. Intense pain.

I’m a doctor, so I know theoretically the chances of having a heart attack when I’m a healthy twenty-six-year-old are slim. I start calculating the distance to the nearest defibrillator anyway, because doing mental maths gives me the distraction I crave. I need to distract myself from what’s happening right in front of me. The fact that the love of my life is getting married. To someone else.

He’s standing there, looking impossibly handsome as he watches Melinda walking up the aisle. She looks stunning, but you’d expect that as Melinda looks like a supermodel even dressed in sweatpants. Try as I have, I can’t actually dislike Melinda. You can’t even fault her for her perfection, because despite having been born into money, she has chosen to be a teacher in an underprivileged neighbourhood; she has a low dirty chuckle that she brings out when she tells a raunchy joke.

And okay, her and Dan often seem more like good friends than passionate lovers, but I’m fairly sure that’s me just seeing what I want to see.

Her father kisses her on the cheek, and she joins Dan at the altar. Seeing him smile at her cleaves my heart into two.

Because that’s me. I’m the other groomsman.

“Yeah, I’ve got them.” I pat my jacket pocket to make sure the satin bag hasn’t escaped through some invisible hole. Technically it’s Jared’s task to look after the rings, but he’s famous for losing things. His car keys, his phone, his underwear on the stag night… Everyone decided I was a surer bet to safeguard the symbols of the eternity of Dan and Melinda’s love.

The minister, dressed in the traditional black and white robe, begins by welcoming everyone to the wedding. “We’re gathered here today for the celebration of Mel and Dan’s love.”

Then he gets to the part I’ve been dreading. “If anyone knows of any reason why these two should not wed, let them speak now or forever hold their peace.”

Dan’s back stiffens. I stare at the rigid line of his shoulders. I’ve been lying awake at night for the last fortnight wondering how I would handle this moment. If the urge to tell the truth would overwhelm me.

The words ‘I love you’ lie thick on my tongue. I clamp my jaw to make sure they don’t escape. I’d wire my mouth shut if I could.

Because I can’t do that to him. I can’t ruin his wedding day with some misplaced feelings that he doesn’t return. The time for saying anything passed long ago.

After a brief, expectant pause, the minister continues to speak.

As Dan turns to Melinda to recite his vows, I study the side of his face. The slice of his cheekbone, his aquiline nose, the strong jaw line; I know his profile better than my own.

Dan and I were best friends through high school. The kind of friendship that involved doing everything together. Baseball, lacrosse, debate club; Dan approached everything with an intensity that I admired.

Then there was the week where everything changed.

It was near the end of senior year in that weirdly euphoric, high-school-is-ending-but-real-life-hasn’t-quite-begun phase. It was a hot day at the start of summer, and we were mucking around in the pool, wrestling like we had a thousand times before. He used his superior body weight to pin me up against the side of the pool. I squirmed and laughed, pressed up against his body as I tried to get away.

But when our laughter faded, we were still staring at each other. The intensity in Dan’s eyes was so familiar as he lowered his mouth to mine.

In some ways, kissing Dan was the most natural thing in the world.

The next week was incredible. Every chance we could, we would sneak away for some heavy make-out sessions. Everything was perfect, until the moment his father walked in on us.

I was sent home in disgrace, so I never witnessed the confrontation between them.

When I next saw Dan, he was standing on my doorstep, hands in his pockets.

“I’m sorry, I was just messing around. You know, experimenting.” His voice was bleached of all emotion.

That summer his Dad got him an internship in the city and we barely saw each other before going away to different colleges.

We didn’t communicate much through college. That week had made everything awkward, destroyed years of easy friendship. Even though it had been the most enlightening week of my life, setting me on course to accepting who I really was, I still came to regret it because it had ruined the thing I valued the most.

But when I moved to New York to begin my residency, I decided to message him. A non-committal, let’s-catch-up-if-you-have-the-time message.

The message sat in my phone for two days before I had the courage to press send. But Dan replied almost instantly, suggesting that we meet up for a drink the next week. And upon seeing him, it was like nothing had ever changed. We fell back into our friendship, meeting up weekly for buffalo wings at the local sports bar, catching a game on television. I tried not to show how any single one of those nights meant more to me that all the dates I’d ever gone on.

And when he asked me a year later to be one of his groomsmen, I couldn’t say no.

“The rings?” I’m jolted back to reality by the minister’s voice.

I take the satin bag out, fumbling with the opening, the drawcord unwilling under my fingertips. I finally manage to slip the two rings onto my palm. They feel heavier than the platinum they are constructed of. They feel like they have the weight of the world soldered into them.

I hold them out to Dan, an offering. It’s a watershed moment, my own silent vow to him. This is me offering him pure and true friendship, accepting that I need to bury my feelings for him forever, promising him I will do everything I can to help make his marriage a success.

Dan stares at the ring in my outstretched hand. Then he looks up and meets my gaze.

I offer him my fake smile. In the history of forced smiles, nothing has made cheek muscles ache more than this one. I know my smile doesn’t reach my eyes, but I’m hoping I’ve at least managed to suppress the utter devastation I’m feeling at this moment.

Something in his face changes. He stares at me like he’s just seen the zombie apocalypse bearing down on him.

He glances at Melinda, who’s still wearing her perfect smile. He looks back at me and his face crumples.

Melinda’s expression morphs from benign happiness to disbelief in a second. “What?”

He lurches away, down the two steps off the side of the altar.

Jared bolts after him. I’m left standing there, blinking. What the hell just happened? I glance at Melinda and the shock on her face mirrors my own.

Mutters and murmurs start in the congregation.

I need to follow him. I force my legs to start working, force myself to walk down the few stairs, following through the side door where Dan and Jared disappeared.

Dan is leaned over the back of a chair in the vicar’s room, rasping sobs wracking his frame. They knife me in the chest.

“Just breathe,” Jared says. He throws me a look of total bewilderment. I shrug helplessly, taking a position leaning against the table a few feet away. I don’t trust myself to go closer. I don’t trust myself not to seize on any words of doubt, not to twist them to my own advantage. The best I can do is stay mute.

Dan’s father bursts into the room, followed closely by Melinda and her bridesmaids.

“What the hell is going on?” his father bellows at the same time as Melinda speaks. “Is Dan okay?”

Dan puffs out a choked laugh. “No, I’m not okay, actually.”

He wipes a hand across his face and straightens up. His eyes sweep the room, skipping past Melinda and his father, until they land on me. His gaze softens.

He blinks, redirecting his gaze to her, and blanches. “I’m so sorry, Mellie.”

Her face reflects total disbelief. “Is this really happening? Are you actually ditching me at the altar?”

“Of course he’s not,” his father butts in.

Dan ignores him. “Mel, you’re one of the most amazing people I know. But you must know deep down our relationship isn’t right. I can’t marry you. It would be a lie.”

His father hisses. “If this is what I think it is Dan, then I suggest you stop before you ruin your life.”

Dan straightens up. “Actually, Dad, the time when you can threaten to cut off my college tuition has well and truly passed. And going through with this marriage will ruin both mine and Melinda’s lives.”

Melinda’s watching him with wide eyes. “Are you saying what I think you are?”

My legs threaten to buckle beneath me. I stare down at my hand, cataloguing the whiteness of my knuckles. I’m still clutching the rings. They dig into the flesh of my palm.

“I’m so sorry. But you deserve to know the truth.” Dan’s voice thickens with emotion. “And the truth is, I’ve been in love with someone since seventh grade.”

I whip my head up. He stares steadily at me, ignoring the babble of voices, his father’s loud squawks of protest.

He’s looking at me like I’m the only thing on the planet that matters.

My breath leaves me in a ragged gasp.

The smile that spreads over his face is the definition of happiness. But in that smile is something else.

A promise, like the rings in my hand were supposed to be a promise. But this is a genuine, truthful promise I know he’ll never break.

My calculations to the nearest defibrillator are meaningless now. Because my heart, which has been on ice since the end of high school, has now restarted.